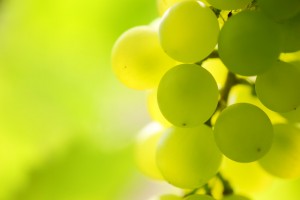 The Torah Reading / Parasha of Ki Tavo – speaks about giving the first fruits to the Holy Temple.

“Vehaya Ki tavo el ha aretz…” – When you come to the land that G-d gave you as an inheritance and you inherited it and you settled it. You shall take from the beginning of all the fruits of the earth that come from the land that G-d gave you and you shall place them in a basket and you shall go to the place that G-d has chosen. (The Holy Temple in Jerusalem). And you shall go to the Cohen that is in those days, and say to him, I arrived today to the land that the L-rd swore to our fathers to give to us. And the Cohen shall take the basket from your hand and place it before the altar of the L-rd, your G-d. (Devarim / Deut. 26:1-4)

When a person does something for the first time he or she is enthusiastic. The beginning of the school year is so exciting – fresh new clothes, new school supplies, new friends and new teachers.

The first year of marriage.

But after a while the newness fades as does the excitement. The verse / pasuk teaches us that when we give for the sake of heaven we give as if it was the first time.

In serving G-d , like other things, the first time we engage in a Mitzvah it is exciting. After a while we become accustomed and lose the excitement. Our job in life is to keep every Mitzvah, fresh as if it is our first time. To keep the enthusiasm.

In the First verse / pasuk it uses the word “Vehaya” which denotes happiness. Apparently, one of the secrets to happiness is treating our actions as fresh and new. Also it says “I arrived this day…” Even people who lived many years in Israel had to say this. Showing that they treated every day as a bright new day.

We see this by Aharon haCohen / Moses Brother – when he lit the candles. In the Torah Reading / Parashat Behaalotcha it says :

And G-d Spoke to Moses Saying. Speak to Aharon and you shall say to him – in your kindling of the candles opposite the facade of the Menorah, (in the Tabernacle – the miniature, portable Temple), you shall light seven candles. And thus did Aharon do, opposite the facade of the Menorah, he kindled it’s candles as G-d commanded Moses.” (Bamidbar / Numbers 8:1-3)

The question arises – why was it necessary to write “Aharon did so … as Hash-m / G-d commanded Moses.” Of course he did as G-d said. Do we think that Aharon would ever do against the will of G-d?

Rashi / The classic commentator on the Torah explains the pasuk / verse :

And Aharon did So – [this is said] to tell [us] a praise for Aharon – that he did not change (Sifri 60)” Meaning to say every day that Aharon lit the Menorah, he did it with as much enthusiasm and fire as he did the first day. He lit the candles every day with the same excitement as he did the first time.

We can apply this concept to our everyday lives. Show appreciation for and to your spouse, your children, your family. Say thank you.

Once a student was invited to Rabbi Haim Shmuelevitz house. He said thank you for the delicious fish to his wife. The student asked after all these years you have to repeat this. He said when one gives a shiur and a person says it was very nice, even from a young person it feels good. So I have to express my thanks to her.

Everybody can use appreciation.

HeHacham einav berosho… – The Wise, his eyes are in his head…

Meaning that the wise person thinks things out before doing them. But it could also be interpreted “The Wise, his eyes are on the beginning” (of a matter) – meaning he always acts as if a project is new as in the beginning. He looks at the beginning and keeps doing it with excitement.

It is up to us to develop that excitement as part of our personality. Each one of us are composed of four elements – fire, water, air and earth. Each represents a part of personality , one can be very light or light headed like air. One can be very enthusiastic like fire. One can be grounded like the earth. One can be very fluid and accepting like water.

The main job of Rosh Hashanah is to remove the traits that caused us to transgress. Many times it comes from lack of belief in ourselves. When we believe and are enthusiastic about Mitzvot, we are able to overcome our natural negative tendencies to overlook Mitzvot. Instilling in us the importance of each Mitzvah.

Releasing our Baggage from the Past

The concept of viewing things anew helps us propel ourselves to new heights. The concept of heaviness and carrying old baggage stops us from advancing. Some people think – just like in the past it was challenging for me to say the blessings for food, it will be in the future. So it is not worth it to start”

G-d will forgive us if we ask for pardon. G-d will give us a good year if we commit to starting anew. We just need to have confidence in ourselves and commit to bettering ourselves.

Thinking that every minute is fresh and new, it is a new moment to begin – we release our baggage from the past and build a bright new future. We are able to go forward and become the great person we have the potential to be.

Internalizing this we can never become depressed, because every day is a bright, new day. We don’t carry over the disappointments from yesterday to today. Today is a new day to start afresh and anew.