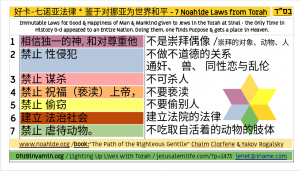 G-d gives laws for the good of man & mankind. Serving G-d is a challenge – but in the long term one realizes that overcoming those challenges leads to a better life.

It seems from the press – that the Corornavirus – started from an animal market in Wuhan, China.

An observant Jew follows many laws that will prevent him or her from contracting the virus. Here are some laws for Jews that help them to live a healthy life.

All the Laws that G-d gives in the Torah serve many purposes. Some Laws are for the benefit of man. Some laws are between Man & G-d.

In the 13 principles of Judaism  the Rambam – one belief is that there is reward and punishment. At times the reward or punishment comes as a result of the positive or negative act that one performed. Sometimes it does not. One may be rewarded or punished in this world or the next world as a result of their acts.

Is the Wuhan Coronavirus a punishment for China’s deeds? The virus probably came about because the Chinese eat ever min hachai – limbs taken from a live animal. Meaning they cut up the animal before it died. Are they being punished for the millions of infanticides and abortions done to their own people for population control? I don’t know. But one thing is sure – if the Chinese are smart they will learn from the errors of the ancient egyptians – who acted similarly. They did not recognize G-d / Hash-m and then they eventually perished.

The times we are living now is called the Messianic Times. Soon the Messiah will come. In the meantime it says – that G-d will send plagues upon the world for the people of the world to recognize Him – Hashem -a as the True G-d of the world. Is the Wuhan Virus one of these plagues? I don’t know.

One thing I do know is that if the Chinese Government wants to save its people – they should adopt the 7 Noahide laws and some of the beliefs of Judaism into their country. Instead of a policy of atheism for those who want to join the communist party – they should institute a policy to believe in Hash-m. They could hire 1000 Orthodox Rabbis to teach people the 7 Noahide Laws and of G-d. They can teach them laws of Kashrut and the Belief in Hash-m, the G-d of the Jews. They should distribute the 7 Noahide laws cards to the population. This will save their country.

The Ancient Egyptians didn’t learn from the 10 Plagues – will the Chinese? I hope so. 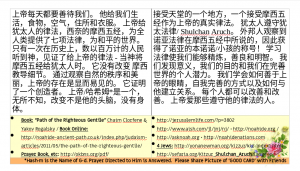 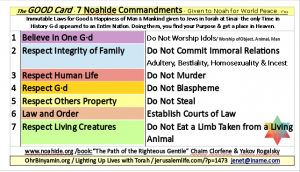