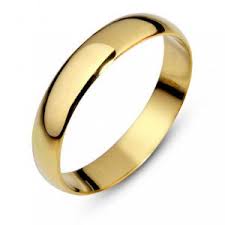 Just like with a simple face to face conversation, you find out good things and where a person’s head is – so is true by social media. Two aspects to consider are your own usage in the eyes of others and the usage of a prospective mate in your eyes.

Relying on Photos – a Caveat

Today it is easy to get information on people. Some people hear of a prospect match and reject dates because of a photo. That may not be prudent because meeting a person gives a much more accurate idea of the person. Also the picture you see may not be a good picture of that person.

Some peruse pictures – searching for a match. It much is more lucrative to call Rabbis to seek someone that has similar hashkafot / Torah outlook and values, good middot / character traits, and aspirations – than to waste time perusing photos. You marry a personality not a picture.

Are You a FB Person

Whether the person uses Facebook or not already gives an indication about the person. Non usage may indicate their refraining from technology to avoid temptation or being involved in things more productive or in more productive relations with actual people – rather than with a computer screen.

The Value of Silence & Action

17. Shimo’n, his son, says: All my life I grew among the [Torah] sages & I found nothing better for the body than silence. And that learning is not the priority rather it is the [putting it to] action [that is the priority] & whoever who is excessive in words brings [upon themselves] transgression.

It’s not for nothing that people take the fifth in court.

Be careful what you post.
Usage of social media reveals people’s views and personality.  A person’s home page pictures reveals their interests. I know people who lost Job and shidduch / potential matches opportunities because of what they posted on the social media.  Over-usage of social media also tells about a person.  People might think – doesn’t this person have better things to do than posting constantly their political views, selfies, etc. Be careful what you post. It might come back against the person.

Some have to give their opinions on every news item. If that’s you,  then it might be time to do a self evaluation of your attitude and your posts – and work on improving both. Perhaps in expressing your opinions, people are forming a non-flattering opinion about you. If one has a very critical attitude – people might shy away from introducing you to others. People shy away from critical people. If one’s hashkafot – Torah outlook – are controversial – that also may also be a turn off for prospective mates with a good hashkafa.

Relevance of information.
The time of the post might also help you to decide how relevant is info. For instance if you see a post from a person’s teenage years – it may or may not reveal what their interests are today.

Make a small effort to start the momentum to find a marriage mate.  Each call becomes easier.

When Hashem sees us making a concerted and consistent effort – obviously accompanied by prayer – He sends his blessing.