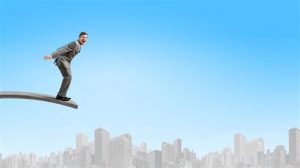 A Dark Corridor in the Path of life. Can you bring the light back?

Everything can be viewed as good and be used for the good. Even Depression.

If it serves as a springboard for bettering oneself – it can be used for the good.

People feel depressed because of chemical imbalances or other reasons that they cannot pinpoint or perhaps they can pinpoint.

The first point to overcome depression is to find the cause. At times one would need a professional psychologist. I tend to shy away from that – because I feel many a time a person can get back on their feet themselves.

But if a person feels they may harm themselves or others – they should seek help from a relative or friend or a professional or a competent Orthodox rabbi.

The advantage in a competent Orthodox rabbi is that he has the viewpoint of the Torah that gives him a larger view of the problem and the solution.

The four steps of solving a problem are:

One might think a symptom is actually a cause or a cause is a symptom.

For instance perhaps a person feels that the fact that they are not married leads them to depression. Perhaps it is the depression that is causing them not to be married. They can’t show a cheery disposition to potential mates – so the potential suitors or mates may become turned off. It might be a catch-22 situation.

Perhaps they feel that their dead end job is causing them to be depressed. Perhaps it is not their job – but that they are not performing to acceptable levels of efficiency or effectiveness.

Perhaps their cause is really a reason that is linked to something more deep.

The evil inclination wants a person to be depressed. Why? It wants the destruction of man in this world and the next. So he places negative thoughts in your mind that you can choose to listen to or to disregard or contradict.

It might tell you in your mind “You are a nobody!’

or you can counter and say “I am a great person!”

so you can mistakenly think “I can’t!”

or you can counter and say “Yes I Can!”

It might cast into your mind “Your doing such a bad job!’

so you can mistakenly think “I’m doing badly!”

or you can counter and say “I’m doing great!”

One Simple mind technique – counter the negative thoughts with the positive.

One of the first question a person should ask is “who am I?” Am I just a body or do I also have a soul?

Judaism knows a person has a soul. Logic also concurs with this point of view – for what animates a person? It must be a soul – otherwise there is no reason for a person to be inanimate as a chair – unless there is an “engine” animating him or her.

So really a person is a soul. There are various parts of the soul. The Nefesh, Ru-ah’, Neshama, Chaya, Yehida.

The Nefesh animates a person or animals. It is the lowest part of the soul. The Ruach – apparently allows a person to speak. The Neshama has a higher spiritual calling – to cling to G-d.

Why should you know this?

Because since you are a soul – if a person is depressed – it emanates from one of these souls.

Thus at times a sadness or depression can be caused by a suffering of the soul. Thus Repentance can help the depressed soul. By a person starting over & wiping the slate clean – it can help them remove their depression. Sometimes transgressions sully the soul and make it more difficult to feel a connection to G-d. The soul’s greatest desire is to make be connected with Hash-m. How does one Wipe the slate clean? Start by learning Torah that applies to you as Jew or the Torah’s Noahide laws – if you are a Gentile.

Obviously the material causes should also be dealt with. For example, If one sees they are not finding the right mate for getting married – perhaps one has to spend more time on the phone trying to find a suitable mate from matchmakers.

The soul’s connection to Spirituality.

Dealing with that spiritual suffering may also not only remove the suffering but also solve the problem. We’ll give an example.

A person is sad that they are not married. It is understandable from a material standpoint – in the fact that a person wants a productive, sharing & loving relationship. From a spiritual standpoint – it is understandable for a person to be depressed – because the soul wants to fulfill Mitzvot to help them be closer to G-d. One mitzvah of the Torah – for Jews and Non-Jews is to be fruitful & multiply. To have children that will populate the world.

So we can learn from this a person in a dead end relationship where the man or woman does not want to commit to marriage – or perhaps one does not want to have children – might cause depression because they are not fulfilling the commandment of being fruitful & multiplying – which causes the soul to be sad.

The solution – strengthen one’s commitment to observing the Torah’s commandments for Jews or Gentiles. This will in essence 1. make the soul happier. 2. make a person more deserving to find a worthy soul mate and thus help you attract higher quality prospective mates. If you do the commandments – G-d will match you with someone on your level. My advice to Jewish singles thus is to reinforce themselves in Torah Study & Mitzvot and make an effort to find a worthy mate. Apparently this also Gentiles – if they reinforce themselves in observing the Seven Noahide Laws from the Torah – G-d will help them find a more worthy mate.

A person who was a manic depressive went to King Solomon. He asked for a ring that would make him happy when sad and calm when happy. Solomon made a ring that said “Also this will pass.”

Time heals wounds. It also takes time to return to happiness. If one works on oneself regularly and follows good advice it can take shorter. But usually depression does not change over night. It takes time – so be patient with yourself and others.

The Error of Searching For Spirituality in Exotic Places

A big error that people make is to search for spirituality in places that make them feel spiritual. Feeling spiritual does not mean a person is actually spiritual. It means that they feel spiritual. Whatever that means.

to really be spiritual one must determine two things:

1. One must be able to find the real G-d

This is rather easy to determine through logic.

(See our article: What G-d wants From You)

Here is a brief way to find out both – The real G-d is the only G-d that appeared to millions of people at Mount Sinai. All other human conceptions of “god” were never followed by a national revelation. Thus the G-d of the Jews is the real G-d.

The path to find G-d is to follow the Rules that G-d gave when he appeared to millions of people at Mount Sinai. The Torah. The Torah has laws for Jews and Gentiles (Non-Jews). Gentiles follow their laws – the Seven Noahide laws – to gain a place in heaven. They do not have to convert to Judaism to gain a place in heaven. They just have to follows the Noahide laws because the Torah says so. If a Gentile so wishes – they can decide to convert to becoming Jewish.

So all following of the other cults and paths is like shooting an arrow in the wind. Why take a circuitous route – when the path is simple and clear?

The reason I say this, is not because I was born as a religious Jew. I investigated, had good experiences and bad, did Mitzvot and transgressed, did good and bad, did right and wrong – was correct and made errors. With Hash-m’s help – my beacon – Logic, reasoning and common sense helped me to come to these conclusions.

And G-d Said “let there be Light”

In Parashat (Torah Reading) of Noach (Noah) we read G-d commanding Noah to make an Ark to save himself from the flood. He says make a skylight for the ark. (In Hebrew – Tzhohar Ta’aseh LaTeva). Tzohar means illumination. Teva in Hebrew means Ark. Teva also means words.

Make an opening for daylight in the ark, and terminate it within a cubit of the top. Put the entrance to the ark in its side; make it with bottom, second, and third decks. (Genesis / Bereshit 6:16)

Rav Nachman of Breslev in Likutei Mo’hran (112:1) Says the main point in making light to your words – means to search for truth. Because the seal of G-d is truth. Truth is like light. If a person is stuck in a dark room – and he finds not the door – he needs light. Light will illuminate the dark room to allow himself a way out of the darkness. If one follows truth – they can also find a way out of their own personal darkness.

A Mitzvah is a Candle and The Torah is Light. Some read Tehillim / Psalms to get out of darkness. Some learn Torah. Torah is one light that can help you out of the darkness.