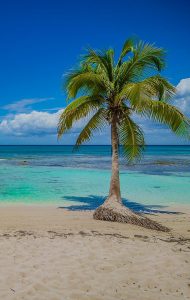 It is a beautiful day. You are on the beach at sunrise. Alone. The cool breeze wafts by your face.

You remember the good times as a youth. You glance back. And feel thankful you are alive.

He created the sun. The earth. You. The sand. The sky. Air.

What G-d Really Does for You

Everything good that you have -G-d.

I know a person. A nice person. A good person deep down. He has two points that broke his potential in life

He could have been an aeronautical engineer. But his self pity kept him blaming others instead of going forward.

Each one of us – may have this aspect of blaming others in some small way.

When we blame – we feel less culpable – but on the other hand we lose our potential.

G-d puts us in a situation to help us overcome challenges.

To help us become the best we can be.

Some blame G-d for the holocaust and divorce themselves from the responsibility of following Torah. Others blame him for childhood difficulties.

What about looking at all the good Hash-m / G-d gives on a constant basis?

A blamer should ask – am i blaming because it is really the other’s fault and there is nothing i can do about it or is it just a convenient excuse to shirk my responsibility to excel.

The mediocrity of blaming

Many blame the Jews. What comes out of it?

Mediocrity, hatred and waste of time. But the propagators of the hate gain by keeping the haters occupied while they run away with the cash or shift the blame of problems they are responsible for on someone else. They found a scape goat and people to follow their propaganda.

The haters and the hate propagators don’t achieve. They played a trick on themselves. The hatred caused them to destroy rather to build. The first one that they destroyed was themselves.

Don’t fall for it when a friend tells you a negative story of a fellow Jew.

Have pity on your potential and purpose in life.