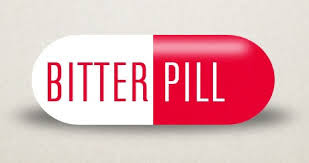 Two things threw me off the other week.

One – a guy told me off before I was to make speech.

The Second – a guy corrected me during a speech.

Life goes on. Uncomfortable. But because it is uncomfortable it does not mean that it is bad. I looked into my own misdeeds and found two incidents that may have been the cause of these reactions.

But after some introspection – I realized that the comments were not necessarily just punishments – but suggestions for me to improve.

I took their points into consideration and hopefully said a better speech the next time around.

So should I hate these people.

No. On the contrary, they did good for me. They helped me improve my speaking skills.

Learn from Avraham Avinu / our patriach. King Avimelekh took his wife Sarah captive. When he returned her and apologized – Avraham did not hold a grudge. He blessed him to be healed and healthy.

Life at times may throw you off. Be ready for the swing and do not be thrown off by a hook.

Comedians are ready. They know hecklers in the audience. Some react well. Some are thrown off.

But if we base our lives on self-improvement these comments – should evoke thankfulness in us. If someone tried to help you – even if it was not in the most pleasant way – let it slide – they did you a favor to help you become better.

I know people who hold grudges. “A” did this to me. I will not speak with him. I will avoid him or her for years and years until one day they realize their foolishness and regret. People have grudges against me. I don’t know why. But all is for the good. Let them be. I have no ill will towards them.

King David had the right attitude. When Shimi Ben Gera insulted him – he told his soldiers not to harm him. He said that it is not him who is insulting me – It is G-d sending me a message for self-improvement through him.

Once a young man had a jealous friend. He was of the age to get married. When people inquired about the young man for a possible match with their daughter the jealous friend would always supply negative information. The boy was upset. He asked his Rebbe – “Why is this person doing this to me? He is driving away many potential mates.” The wise rebbe responded – “G-d does all for the good. Perhaps you love your Torah learning so much – that it would take you much time to go out on a date, and get acquainted and then find out it was not a good match. Perhaps G-d is helping you to use your time to Study rather that to deal with all dating process. When the right one comes Hash-m will put them on your path.”

That’s what happened. The father of the woman he ended up marrying – did not use his jealous friend as a reference.

Look at the good in the bitter. Look at the light in the darkness. Look for the good in all situations.Don’t become bitter – become better. Every minute is a new minute to be happy. To let go of a grudge and bitterness. Choose happiness. And live a happier life.

G-d wants our good – it is up to us to have enough faith that G-d does only good and to be creative enough to figure out what is good about any situation.