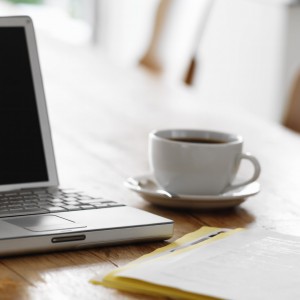 A job is a medium to achieve financial or spiritual aspirations in life. At the workplace one can thrive, find comfort and motivation, achievement and satisfaction.

The social aspect of work is also a means for satisfaction. Co-workers intermingle and create friendships. These friendships can be positive – like when one makes a good friend – or negative – when the relationship made may lead to improper familiarity – like between people of opposite genders.

Society has realized the need for professional conduct at the workplace – to avoid improper relationships – due to the increase in and high costs of harassment cases. Companies now examine emails and correspondence between co-workers to avoid harassment suits.

The Torah has preceded society’s concern by thousands of years through its awareness of the psychology of men and women and it’s laws on healthy relationships.

The obvious reasons for concern include avoiding the breakup of a healthy marriage and family due to a wavering spouse,

The Torah’s laws set boundaries on relations between a man and a woman forbidden to each other.

Boundaries for Propriety
Here are categories of some laws that set boundaries:

The Torah’s Laws are highly detailed in each. Let us just examine some simple ones.

Familiarity leads to intimacy. Intimacy leads to dating. Dating leads to marriage. Thus the Torah provides laws for the conduct of people to prevent improper familiarity. Basically a person speaks and acts in a way that prevents him or her from developing an emotional attachment to a person who is prohibited to them. It regulates people’s speech and actions like:

– Instead of a boss calling a secretary by her first name – he addresses her by her last name – Mrs. Cohen instead of Sarah.

– One refrains from asking personal questions like – what did you do this weekend? Are you happily married?

– People of opposite genders refrain from using the word “we” when working together like – “we should talk to the editor about this article” or “We should order new software.”

– Co-workers of opposite genders refrain from taking rides in the same car together.

– One does not shake hands with a person of the other gender. This is called Negiah – Touching – which each gender refrains from touching the opposite gender, unless it is their spouse, or certain close family members.

Seclusion
Seclusion leads to temptation. So seclusion is avoided with a person of the opposite gender in a closed room.

When privacy is needed between people of opposite genders, a door is left open. An open cubicle is preferable than a closed office. An office with a window visible to the co-workers also helps alleviate seclusion concerns.

Modesty in Dress
The Torah provides guidelines in dress for Jewish women to not attract attention. These laws also help to curtail temptation.

Proper clothing for Jewish women include dress that amply covers the knees, wearing stockings that cover the ankle and leg, wearing blouses that cover the neckline and elbows. A married woman covers her hair with a scarf.

A Book on Workplace Guidelines
An excellent Sefer (Jewish Book) on the subject is “9 to 5 : A Guide to Modest Conduct at the Workplace” By Rabbi Shmuel Neiman. It explains in much detail what is proper conduct at the workplace and what is not. It also can be applied to any extramarital friendship as well. After I showed it to someone I know, he contacted the publisher to buy copies to distribute them freely.

Sad Reality – Pain of Unfaithfulness
Unfortunately, he told me a story of two couples he knew who were friendly with one another. They went out to restaurants, to the others’ houses. It ended up that the wife of one couple was unfaithful with the husband of the other couple. What ensued? When their spouses found out all experienced tremendous pain and grief. The couples divorced, breaking two, once healthy marriages. Why? Familiarity breeds intimacy. The Torah, thankfully, draws the line for us to explain the guidelines of familiarity.

Man’s Best Friend
Extramarital friendships, when uncontrolled, can undermine the pinning of a solid marriage. One’s best friend according to Torah is supposed to be one’s spouse. They are the one we confide in Provide and receive empathy, advice and emotional support. When one partner seeks it elsewhere – that is where the trouble begins. Thus the Torah provides very clear guidelines to explain what is a healthy relationship and what is not.

The Torah delineates relationships so that those that are permitted – like a husband and wife – can thrive in their relationship. Some examples include the laws of family purity – in which married men and women separate for a period of time – which helps to assure the newness of their marriage. Laws of Modesty – for a woman that – allows a woman to be appreciated for her inner beauty.

Once there was a woman in France who wanted to adhere more carefully to the Jewish laws of modesty. She didn’t tell her husband that she was going to start covering her hair with a scarf. She started covering her hair right before Shabbat started. Surprised at her new look, he didn’t say anything.

During the Shabbat, however, he made it a point to avoid her presence. She would walk into one room, he would walk out. She would go into the dining room, he would go to the kitchen. This occurred the entire Shabbat. When she finally confronted him after Shabbat, she asked “My Beloved, why were you avoiding me the entire Shabbat?” Sheepishly, he answered “We have been married for many years. For all this time, I did not feel you were really mine until today. I felt so emotionally about it I could not face you. I could not come to terms that for all these years I relinquished this feeling of closeness.”

The laws of the Torah are for the good of man. Reflecting upon and observing them one eventually realizes this first hand.