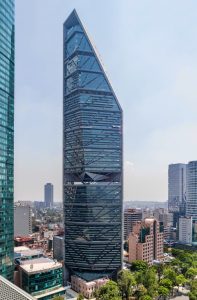 When I was a teenager – my mother knew I would be tempted to smoke. She told me “If you want to smoke, I’ll give you a cigarette and you can smoke in front of me.”

It kind of lost all the glamor that smoking was made out to be. I don’t think I ever smoked a cigarette since then.

Most people know smoking is bad for the health. So to condone smoking to make another person feel better would be dishonest to say the least.

I don’t buy other people cigarettes if I can get them at the duty free because I don’t want to condone smoking or indirectly cause someone harm.

Some people shy away from G-d. They don’t want to feel obligated to change their lifestyle.

Some people condone lifestyles that are contrary to G-d’s wishes – as explained in the Seven Noahide laws or Jewish Law because they feel in their heart it is right.

Apparently not. G-d loves each person more than anyone else loves that person. Yes he loves you!

That means two things. G-d loves you more than anyone else in the world loves you. But it also means that you can never love someone as much as G-d loves that person.

What that means is what G-d wants for a person will always be better for that particular person – than what you want for him or her or even what the person himself wants for himself.

Everything that G-d does He does for the Good.

But more than that. G-d knows past, present and future at every single moment. He calculates – given all this knowledge and all the other factors in the world – what is best for you at this particular moment. He knows exactly what is good – and if you had the same knowledge that He did – you would determine the same exact thing.

If one was to inculcate that Everything that G-d does He does for the Good into his being – he or she wouldn’t get angry. They would know that a good G-d was watching their steps and guiding them to the best possible situation. This would relieve much stress.

G-d doesn’t want the death of the wicked. He wants him to improve his ways.

Built into G-d’s laws are the solution to do what is best in every situation. Once a person in Mexico City wanted to sell his building. He didn’t go through with a business deal because it was getting close to shabbat. He told the partner he could not continue negotiations until next week – because of Shabbat approaching. The man dropped the deal. Soon after an earthquake hit Mexico City – demolishing many buildings. The price of the building he had shot up in value and he made a great profit because he was careful to observe Shabbat.

Some people condone same gender relations and marriage. Some condone abortion. In Torah both are prohibited for both Jews and gentiles.

Let’s examine what is better for the individual. G-d wants people to be fruitful and multiply. A person who has children allows the world to be built. Helps the world to function properly. Also bearing children gives the parents tremendous joy to bring up a child with values – consistent with Torah.

Allowing Abortion and Same Gender marriage ultimately robs a person of those pleasures and restricts a person from building the world. The US Supreme court decision, in my opinion was an insult and detriment to society. Deciding, indirectly – that they do not want certain people – attracted to the same gender – to reproduce.

G-d on the other hand wants people to have offspring. There is a law for people to be fruitful and multiply. This law applies to Jews and also to Gentiles.

It’s better for the society for people to reproduce.

Intermarriage between Jews and Gentiles is forbidden by Torah law. (a person already intermarried consults a competent Orthodox Rabbi according to Jewish law to remedy the situation. Many times if the non-Jewish spouse commits to Torah law, and to observe laws of Shabbat, Keeping Kosher and Family purity – a conversion to Judaism can be arranged.).

A Jew cannot renege on his or her religion. Once they are Jewish – they will always be Jewish. And when they get to heaven they will be judged as a Jew – even if they “converted” out of Judaism.

The child and family live a life of doubt. What is right and what is wrong. There is only true happiness when a person is relieved of doubt.

G-d loves you. he wants you to be happy. we just have to figure out whether it makes more sense to follow our desires or follow the path traced by the the one who loves you and knows exactly what is best for you – Hash-m / G-d.

G-d tells us in Torah. I have set before you good and evil. Death and life. Choose life!