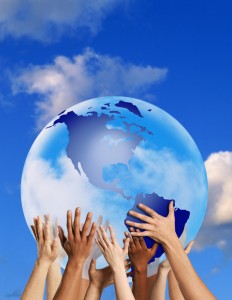 I am not an avid newspaper reader. But I do hear the currents and top stories from word of mouth. I heard about a debate going on in secular circles:

Does the world need religion?

After having been presented with the sides for the sake of religions by religious leaders representing religion, The answer that the secular thinkers came up with was “no – the world does not need Religion.”

According to Torah, the world does need Judaism and the Jews.

I can only defend Judaism’s position – for two reason’s

1) That is the only religion that I am more or less familiar with.

2) I believe that it is the only religion that claims it’s law – the Torah – was given by G-d to a nation of millions of witnesses – that never occurred again in history of man – and that the laws did not change from it’s inception.

When I say Judaism – I refer only to that which is called “Orthodox” Judaism – for lack of a better term. All the other “movements” cannot claim this necessity – because in their doctrines of formation – made by mortal men – are “amendments” and “changes” to Judaism.

In the Torah itself it says that the laws of the Torah do not change. It renders any “change” in the laws of Judaism – into non-Judaism. It is like a poison pill in a corporation. Or like the story of the soup – whose ingredients were changed one by one – leaving just an empty bowl. When you remove the ingredients it is no longer a soup.

I am not defending Judaism – Just pointing out the following point.

Only a Divine law that does not change can assure the survival and morality of the world.

I remember taking Philosophy 101 in university with a middle-aged professor with a long white mane. He mentioned the argument called the slippery slope. The slippery slope argument concludes that a limit must be defined to a situation – otherwise you will slip down the slope. The example he gave was the passing grade for a test. The standard passing mark is 65. It is an arbitrary number. But it must be set – because – the weak student could argue to give him a passing mark if he got a 64 because it is just one less than 65. The next student could argue for a passing grade for 63 – it is only one less than 64. And each student could bring the passing mark down to 1 – because it is just one less than the previous mark.

Possible answers include – humans are smarter. Not killing is for the good of society. Humans are more useful to the world.

All these answers allow an evil person to justify murder, euthanasia, or even genocide. This is exactly what Hitler did. Hitler did not say it was right to kill. He said it was morally wrong. His opinion was that we do not kill because it is not good for society. According to his reason for not killing – he would be morally correct to kill people who are not useful for society. Obviously this a warped way of thinking – and most recognize Hitler as the epitome of Evil.

Had Hitler succeeded at his plan he would have succeeded in not only destroying his enemies, but in destroying the world.

So what is the only reasonable reason why we do not kill? Because G-d said so. Any other reason one can give, murder can be justified.

The Jews adhere to the Torah that does not change. It is the definition of Morality – because G-d gave this document for the Good of humanity. It will not change. It will never change. Thus you will never have someone pulling the wool over people’s eyes to justify genocide because the Jews are standing – to assure – that morality will not become a slippery slope. The Jews are the standard of Morality in the world due to their adherence to the laws of the Torah.

Only Man’s laws Change. The Divine Law of the Torah does not change.

G-d gave the Jews very specific laws – what is killing that is punishable and what killing is not punishable – like killing for self defence. This is the power of the 7 Noahide laws – given to Noah for the continued peace and survival of the world. Gentiles are not required to become Jewish to receive a place in heaven. They Just must follow these laws.

The laws of the Torah – set the standard for Morality – to assure the survival of the world and assure that morality does not become a slippery slope argument.

When the world matures enough to realize this they will have the potential for true peace in the world.

This is the concept of the chosen people – the Jews are the upholders of the Torah – to assure the morality of the world.

This is one of the reasons that a Jew – should do his utmost to observe the commandments – for they are helping to uphold the morality of the world. This concept exists – with particular mitzvot – when the nations see the Jews observing the Shabbat – they realize that G-d created the world in 6 days and rested on the seventh.

There are other reasons – Like what is mentioned by Rashi on the “Hei” of “HaShishi” (The Sixth Day) on the sixth day of creation.

1 thought on “Why the World Needs Judaism and the Jews?”